Dancing with Rhizomes: Enlivening a Pedagogy of Listening

Within a pedagogy of listening (Rinaldi, 2006) lives a tension between pulling closer and stepping back from what we are encountering. Pulling closer and stepping back are like a dance, a dance requiring presence, intimacy, attunement and embodiment. This dance occurs when we critically reflect on traces of practice (Government of British Columbia, 2019, p. 54)—auditory and otherwise—that present themselves. A pedagogy of listening is more than attuning to something “out there” to be extracted from the experience. Rather, we’re listening to create something new. The process is subjective and rhizomatic (for more, see Government of British Columbia, 2019, pp. 25, 47, 105). Senses blur and we wonder: “What part of me is making sense of all this?”

The BC Early Learning Framework’s smooth description of a pedagogy of listening, nicely laid out on the page, often feels in contrast to living it, which is actually quite a fumbling ordeal. Risky, in fact, requiring an opening to the unknown. As pedagogists facilitating a forum discussion on the BC Early Years Professional Development Hub that was thinking with this very concept, we similarly had to open ourselves to the unknown. When we first began the discussion forum, we imagined it would be a lively space where ideas flowed conversationally as people contributed responses to one another, where traces of contributions trailed vertically down the webpage. Very quickly we encountered difficulty with those assumptions: not as many people were contributing as we had hoped, the questions we were posing weren’t being answered, and instead we experienced what felt like mostly silence. We found ourselves needing to practice the pedagogy of listening: pausing, noticing, wondering. What else is there? What can’t we see? What are we missing by only looking for the vertical line of posted responses?

As we three began enlivening a pedagogy of listening through our forum moderating, we began to uncover layers, layers which were not simply vertical. Indeed, these layers were horizontal, weaving in and out of one another, rippling outward into a beautiful rhizomatic tangle. It was there all that time, that layered tangle, but we might’ve missed it if we hadn’t slowed down to listen outside of our predetermined, vertically oriented mindsets. Staying with the difficulty that arose from our assumptions made us DO and REALIZE something different on the forum, and in our other work as pedagogists. Rhizomes became visible. Rhizomes that were nourished when April engaged in an asynchronous back-and-forth dialogue with an educator directly on the forum; when Kim’s community conversations wove in and out of our written forum conversations as a collaborative exposure about listening, sounding, colonialism and resistance emerged with her colleague, Teresa, at the Kamloops Art Gallery; and when Megan brought back her insights from and with educators participating in her pedagogist-led learning circle. This tangled work with educators that April, Kim and Megan continued to engage in soon became informed both by the forum and by one another. And in this, we began to see the forum writings as much more than what they had initially appeared to be, which allowed for other ideas to emerge that wouldn’t have, had we remained only looking vertically.

In the many challenges, or limitations, that we face as pedagogists (and as educators), there are also opportunities. Within that tension we can choose to stay with the same thing, think linearly, uphold the status quo, or we can question all that and try something new. Our forum discussion revealed how, as each of our own thinkings became intertwined rhizomatically, something new grew, a transformation happened. The transformation lives with us as we continue to become—with our educators, in online forums, in the lives of classrooms—as we indeed live the work. This transformation will have a ripple effect. Outwardly, exponentially, widely. And, only if we slow down to notice can we see the marks on the water. Do we see them living and moving there? Making their imprint? Take a photo. Write about those movements. Step outside the confines of narrow vertical thinking. Distance ourselves to view the transformation anew, before we are danced elsewhere! 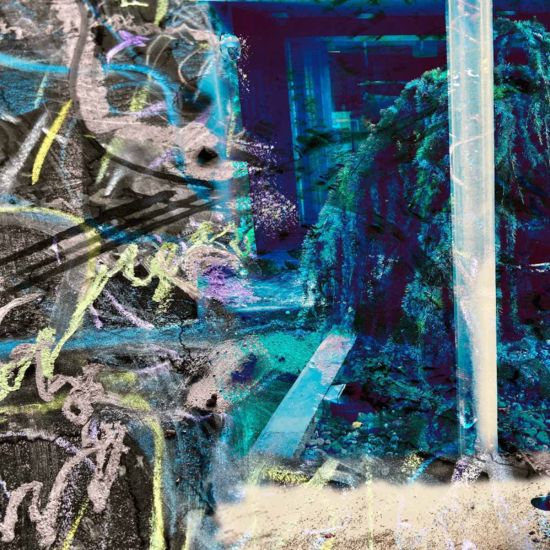