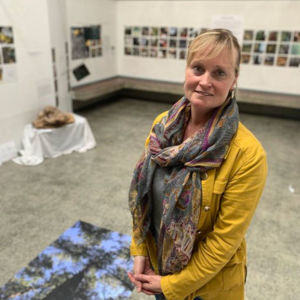 Narda is a pedagogist and researcher with the University of Victoria Child Care Services and works with the ECPN as pedagogical communications coordinator and a faculty stream pedagogist. Drawing on her background in gender studies, she takes an interdisciplinary approach to research and practice with a particular interest in reimagining ethical futures with plant, animal, and waste flow relations in early childhood. Born and raised in Treaty 8 country, Narda lives and works on Songhees, Esquimalt and WSÁNEĆ territories. She is a member of the Common Worlds Research Collective and Early Childhood Pedagogies Collaboratory.

I am a pedagogist who works in an early childhood centre on Lək̓ʷəŋən (Lekwungen) territory, more specifically Chekonein family lands, also known as Victoria, BC. After seven years of working in this role, I’ve come to understand that being a pedagogist is inseparable from the context in which I work and live. I work in this time, not ubiquitous time. I live on these territories in this body, not those. I work with these children and educators, not the stock figures used to shore up developmental metrics. As I contribute to this context-in-the-making through pedagogical and personal life choices, it continues to work on me. Donna Haraway (1998) calls this being situated. Let’s call it necessary for being a pedagogist.

In many respects, being in this role means running counter to narrow understandings of what early childhood education is for. There’s a certain look that tends to greet me in conversation when someone asks what I do—a softening around the eyes, sometimes accompanied with an “ah” after hearing I work in early childhood. That flicker of recognition hints that I’ve been located in their imagination, as a simple and knowable thing—somewhere close to wiping noses and reciting ABCs. While fleeting, the look reflects a sedimented view of early childhood education as little more than a holding pen, a pre-elementary preparatory grounds for something bigger and more important down the road. This view could not be further from the truth.

Putting the role of a pedagogist to work with children and educators is a complex, exciting and challenging place to be. The pedagogical terrain is constantly shifting, flowing with everyday moments and larger intentions behind the way days get structured and ECE moments are lived. Embedded within this role is a necessary drive to cultivate expansive modes of thinking and doing with children and educators (Pacini-Ketchabaw et al., 2020). That is, to cultivate new modes of relating in an effort to move beyond the dominant, prescriptive approaches that continue to frame much of early childhood education in this country. Sitting in question—indeed, creating conditions that make it possible to do so with others—to grapple with deeply ethical questions about the histories and ongoing processes that shape consequence and possibility in everyday moments, is an integral part of taking up this role, as Silvana Calaprice and Cristina D. Vintimilla contend (in Calaprice et al., 2019). Speaking to pedagogical intention, as the vehicle through which any of this becomes possible, Vintimilla (2018) describes pedagogy as:

But of course, the conditions of our times do not just appear out of nowhere. They emerge from the cascading effects of past-turned-present dominant modes of existence, lived through particular “somewheres” and “somebodies”—which makes the project of co-creating ethical everyday responses to living in challenging times feel all the more vital.

What about those who have been excluded from being considered fully human in the first place within our communities? As the world is being viscerally reminded, these times are predicated on long histories of colonial, racist structurings and extractive injustices. In this place, as Songhees Nation member Cheryl Bryce reminds us, these structurings have meant death and removal of Lək̓ʷəŋən and WSÁNEĆ peoples from the places we, at the childcare centre, walk and learn with children:

We were one of the many in BC that were heavily impacted with the big epidemic that broke out, so our population was in the thousands before contact and smallpox was one of the biggest impacts among other things, colonization, everything else that has impacted our land and our people over time that has depleted our population ... We’re only at 650 [people] approximately, but we’re growing. (in Deerchild, 2018, 7:49)

Bryce’s commitment to raising appreciation for “the history that is behind and deeper rooted than what you see in front of you today” (Deerchild, 2018, 4:39) takes on new significance when we put her words to work with the language used to describe the COVID-19 pandemic we currently inhabit with children and families. While COVID-19 and smallpox are clearly not the same, to refer to pandemic times as unprecedented in this place, as is often done, is false and contributes to the erasure of local Indigenous families and histories of survival (Nxumalo, 2018). Have we stopped to consider the ongoing processes that have contributed to such a stratified “collective arrival” in these challenging times? While navigating the health protocols necessary to keep everyone as safe as possible from disease now, how might we open up pedagogical conversations to consider past and present happenings to speculate together about what promoting livable futures for all might require?

Far from being contrarian, working with a commitment to challenge narrow understandings is rooted in a recognition of real harms produced through developmental and other reductions, including colonial, classist, anti-Black, ableist, heteronormative and other assumptions that continue to feed the “politics of lesser” in educational settings and beyond. Failure to situate our pedagogical commitments and accountabilities within local contexts puts them at risk of becoming part of the hollow chorus of rhetoric that does little, if anything, to contribute to the actual change so sorely needed in this society. Where does my commitment lie in terms of taking a stand against ongoing differential treatment, policing and systemic violence directed at racialized people today? How might structural harms persist within our community context versus some far-off imagined place? What would it take to do otherwise in our ECE context? And whose voices get to contribute to collective understandings of what that actually means?

I’ve been reflecting on the role of a pedagogist a lot lately. Rethinking it in the face of COVID-19 upheavals feels both full of contradictions and oddly apropos. After all, I am still unable to go into the child care centre, which makes me wonder what a pedagogist even is in the absence of children. But, as microbial proliferations turn status-quo ways of being on their head and society sits in an uneasy “together apart” of figuring out how best to proceed, perhaps there’s no better time than now to reflect on a professional position tasked with exposing the “lived” but too often unseen or ignored. Shining a light on active assumptions that walk with us in public spaces is part of an unsettling and necessary process of taking a stand for generating new possibilities in early childhood education. It is what makes the role inherently hopeful. Seriously so. And now we are tasked with the uneasy responsibility of doing so with the added reminder that we humans are not the only ones structuring systems and that the term human, itself, is a loaded one with long histories of differential application that continue to this day. 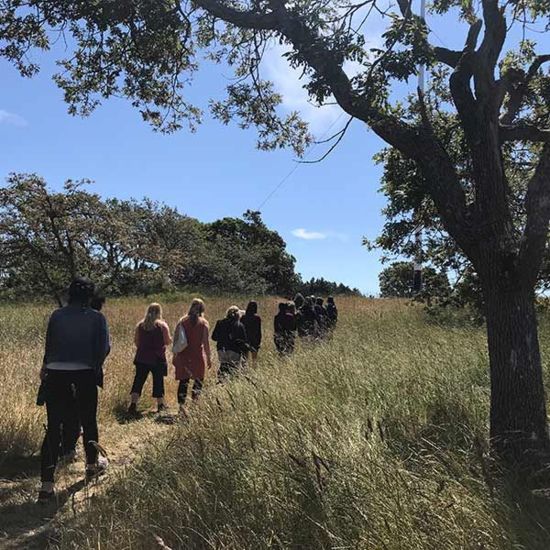