Offering a Question to Early Childhood Pedagogists: What Would Be Possible if Education Subtracts Itself from Developmentalism?

Dr. Cristina Delgado Vintimilla is a pedagogista within the Italian tradition and an assistant professor in the Faculty of Education at York University. Until recently she was the pedagogista at Capilano University Children’s Centre.

Nicole Land is an assistant professor in the School of Early Childhood Studies at Ryerson University. Thinking with early childhood educators and children, her work is curious about the inherited and inventive relations we might create with fats, muscles, and movement. Nicole and collaborators share questions and provocations from their work at Moving Pedagogies Blog. 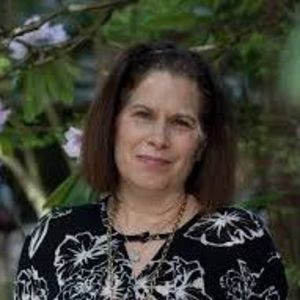 Kathleen is a co-director of the ECPN and the chair of the School of Education and Childhood Studies at Capilano University, located on the traditional territories of the Coast Salish peoples, including Tsleil-Waututh, Squamish, shíshálh, Lil’Wat, and Musqueam Nations. As a researcher, educator and instructor, Kathleen endeavours to reimagine and revitalize early childhood leadership as an ongoing practice of disruption to make space for alternative narratives of early childhood education. 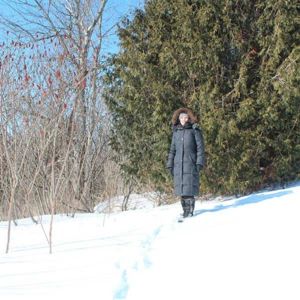 Veronica is a professor of early childhood education in the Faculty of Education at Western University in Ontario, Canada, and co-director of the ECPN. Prior to joining Western University, she was a professor in the School of Child & Youth Care at the University of Victoria in British Columbia, where she now serves as an adjunct professor. Her writing and research contribute to the Common Worlds Research Collective (tracing children’s relations with places, materials and other species) and the Early Childhood Pedagogies Collaboratory (experimenting with the contours, conditions and complexities of 21st-century pedagogies). 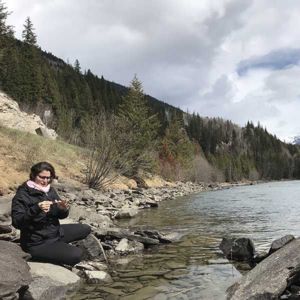 Randa Khattar is director of communications for the ECPN and an adjunct professor and instructor in Western University’s Faculty of Education. Previously she held the position of executive director of the Secretariat for the Ontario Centres of Excellence for Early Years and Child Care. She served as coeditor of the Journal of Childhood Studies from 2018 to 2020. She was elected into the role of president of the Canadian Association for Young Children (CAYC) in 2020. Randa’s research collaborations include the Climate Action Network, Early Childhood Collaboratories, Pedagogist Network of Ontario and the Common Worlds Research Collective. She lives and works on the territories of the Mississaugas of the Credit, the Haudenosaunee, the Anishinabek, the Chippewas, and the Wendat.

What would be possible if education subtracts itself from developmentalism? What might happen if we put into question early childhood education’s reliance on child development as a “taken-for-granted” way to understand, enact and create early childhood spaces?

Our first focus of concern is with how child development assumes and prescribes ideas of who a human is – and, in these edicts, it stabilizes the normative contours of who a child can be – giving to education the coordinates of the ‘proper’ childhood and the ‘proper’ child. In child development, human growth is made proper within culturally and historically contested coordinates. Put differently, developmentalism asserts both who the child should be and sets a measure for the particular normative developmental trajectories that this child’s development must follow. A belief in the principles of developmentalism also creates a predetermined formula of universal quality pedagogical practices that are necessary to ensure optimal development. These tenets of development are enshrined with such high levels of validity and reliability that, as educators, we are often shocked and dismayed when children who are provided with best pedagogical practice experience failure (Walkerdine, 1998). Equally disheartening is how we might use developmental theory to conceptualize the “good” early childhood educator. Langford’s (2007) work demonstrates that for many in the early childhood field, professional competency is represented by an educator whose practice reflects developmental theory. Under this idea, only practice that is based in developmental theory is recognizable and acceptable – leaving very little space for reimagining what might be possible for an early childhood educator.

Entangled closely within the desire to guide children’s development along a universalized and normalizing trajectory is the concomitant work of course-correcting and remediating. Children who do not conform to Euro-Western developmental norms are therefore readily positioned as in need of intervention or support. Functioning to bound children’s lives to unfold only in accordance with a highly political and neutral norm, developmentalism also works to control and erase non Euro-Western experiences of childhood. This maintains the production of proper humanist subjects; children who have the skills and dispositions to be ‘good’ citizens by perpetuating structural projects of humanism, neoliberalism, and ongoing settler colonialism. Indeed, it is these processes of investing in the creation of particular kinds of subjects and subjectivities that, we think, pedagogists need to think with and unsettle.

There are many reasons why a pedagogist would need to unsettle the possibilities for subjectivities, relations, and life avowed by developmentalism. We consider that this is a necessary effort because, as we have been pointing out, developmentalism erases and eradicates other possibilities for life. In other words, it marks ways of living and conceiving childhood that do not ascribe to particular colonial universals as abnormal, undesirable, or expendable. This is the material violence of developmentalism. As a universal paradigm for understanding childhood, developmentalism enacts an ontological violence by restricting the intellectual, embodied, and experiential resources with which we might engage children. Thus, embedded within structural narratives of normativity and the desire to support children to align with inherited notions of success, academic achievement and productive adulthood, developmentalism becomes the only dominant framework that educators are taught to engage with children – making this the intellectual coercion of developmentalism.

What becomes of early childhood pedagogy beyond developmentalism?

As we have been pointing out, in the fixity of its developing methods and assumptions, child development gives education a ‘banister’ to hold on to (see Arendt, 1981)—one that furthermore ‘works too well’ for education to pursue her evidentiary quest for legitimacy as a social science. The dependency on this banister is so self-evident that it often can seem impossible—even itself aberrant, deviant or heretic—to think otherwise, or to imagine a child and a childhood that are not defined through pre-understandings of developmental stages and corollary behavioural norms. This impossibility is at the heart of education as a colonial project, as an eclipse of diverse possibility as and within childhood by a regnant ethos.

This is the reason why, for us, child development has little to offer to pedagogy. Unlike child development, pedagogy hides away from practices of application or logics of human management. Pedagogy is concerned with radical interpretative and contextual forms of thought and practice (to read more, please see “What is Pedagogy” by Cristina D. Vintimilla). It is a wordly encounter, never functional authority. It is always, therefore, rethinking what renders the world inert—and especially how children and childhood participate in this rendering. Pedagogy, we want to propose, asks questions that work in the name of living well together: how do we create more liveable worlds for all? How do we de-center human mastery and the idea that humans are unitary, independent subjects and instead orient ourselves toward ethical and political responses to complex, messy, more-than-human worlds?

While for developmental psychology the aim of early childhood education is to authoritatively “know”, “predict” and “assess” children to guide them toward maturation and proper humanity, pedagogy is interested in the making of alternative and more-just worlds.  Making early childhood education a pedagogical project requires that educators orient themselves toward entanglements and relational connections, and notice the complex human and more-than-human political contours of educational encounters. Thus, we suggest that we become interested in opening up and nourishing particular processes; especially processes concerned with ethically and politically-tense struggles so that we can nourish subjectivities and relations that respond to the complexities of our times.

This proposition entails pedagogical processes that are committed to creating and sustaining conditions where childhood is a voidless subjective process marked by alterity (Vintimilla, 2012). In other words, our proposition seeks opportunities for new subjectivities, new ways of being human (or unbecoming human perhaps), and heterogeneity, (or the proliferation of diversity, of a commonality, or community, in difference). Let’s remember: it is pedagogy that creates the conditions for the legitimation of multiple ways of being, for multiple childhoods. It is pedagogy that is interested in opening up curricular processes that have no predefined ideas of who or what a child is. It is pedagogy that is open to the possibility of alternative narratives and not about the repetition of predefined normative vectors. It is pedagogy that is concerned with the creation of collective spaces, of common and uncommon worlds. Child development is resolutely never interested in these processes. What would be possible if education subtracts itself from developmentalism? Pedagogy would be a possibility. Creating spaces for dwelling that are ethical and creative would be possible. Creating a collective life that keeps the question of the commons open would be possible. In pedagogy, as Machado said, “the path is made by walking.” So, unlike developmentalism’s competent pieties, the state of affairs that pedagogy assumes is so broad as to give the lie to breadth itself…and, in this, is instead breath itself. We breathe as we walk. And we do it together.

Vintimilla, C. D. (2012). Aporetic openings in living well with others: The teacher as a thinking subject [unpublished doctoral dissertation]. University of British Columbia. 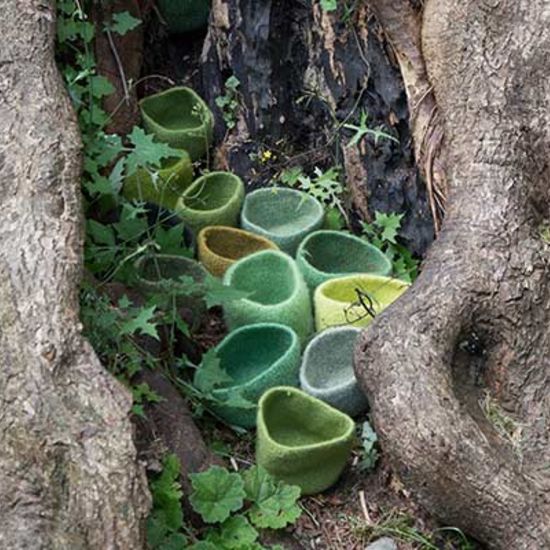