As a pedagogist, I am gratefully situated on the unceded territories of the Coast Salish people on Vancouver’s North Shore. In my work alongside educators, I intend to disrupt the logics of efficiency. The logics of efficiency often permeate educational spaces by privileging predetermined schedules and routines, which interrupt children’s learning and relationships. When governed by the logics of efficiency, there is a constant rush—a rush that prevents children and educators from engaging deeply in the sustained inquiries the BC Early Learning Framework (Government of British Columbia, 2019) invites. These deep, sustained inquiries with children—in which we look into a topic, material or situation for days, weeks or months—are vital for learning and for creating and nourishing a livable world for all, a world wherein we slow down and attend to both the joys and difficulties inherent in life and thus inherent in the work we do.

Working alongside educators, I center this idea of slowing down. For example, together we question the need to transition to a new activity or do a particular thing just because the schedule or calendar says so. Collectively, we reimagine the rhythm and flow of the days in order to be more attentive to the happenings all around us, which includes supporting and extending children’s inquiries and classroom relationships. We slow down to notice more and to consider with children what’s going on in the block corner, or what’s going on during a conflict. When slowing down during a conflict, for example, we view and attend to it, not simply as a difficulty to get through, but as a positive force for revealing diverse worldviews and perspectives, power dynamics and inequities, a force requiring an opening of minds and the art of negotiation (Government of British Columbia, 2019). During conflict, we find joy in the struggle. We think together about what happens when we respond—rather than react—to the conflict, when we stay with it rather than try to push past it. Shifting practice in this way of slowing down and staying with something allows the flow of the day to be determined more by children’s sustained inquiries and less by numerous clock-mandated transitions (Pacini-Ketchabaw, 2013). This shift creates space for a more livable world to flourish within a classroom.

When we reimagine the day—less as small segments of time to fill and more as a rich expanse of time to let flow—new possibilities for learning together emerge.  As we slow down with each new emergence, many big and small joys and difficulties present themselves. By responding to them together, we create and sustain livable worlds—livable worlds in which materials are appreciated rather than simply consumed and people are listened and responded to rather than rushed around. A space that holds a livable world supports children and continuously cultivates their curiosity, respect and deep inquiry within and about it. 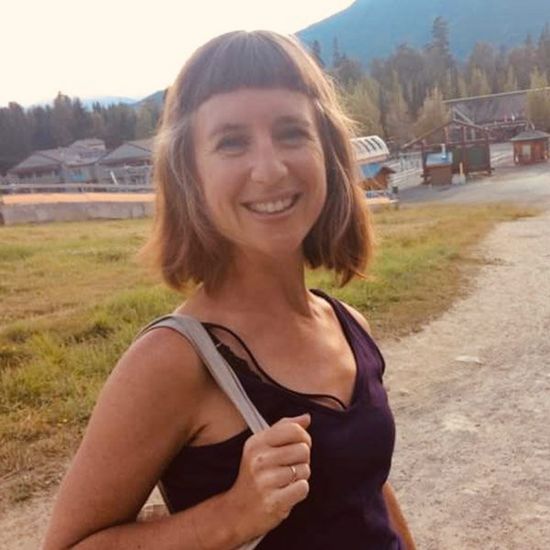 With over 20 years of relationships and experience in early childhood education, Megan brings a grateful heart and mind bursting with joy, wonder and excitement about the possibilities for transformative change in this role as pedagogist.