On June 24th Canadians received another tragic reminder of the brutality experienced by Indigenous children and families at the hands of church and state, with Chief Cadmus Delorme’s announcement of the Cowessess First Nation’s preliminary finding of 751 unmarked graves of children connected at the Marieval Indian Residential School. And, today, June 30th, the community of ?Aq'am, a member of the Ktunaxa Nation, issued a ;press release confirming 182 unmarked grave sites near the former St. Eugene's Mission School. Marieval Indian Residential School operated from 1898-1997 in southeastern Saskatchewan and St. Eugene’s Mission School from 1912 until the early 1970s near the city of Cranbrook, B.C. These institutions were part of the more than 130 compulsory boarding 'schools' funded by the Canadian government and run by religious authorities during the 19th and 20th centuries with the aim of severing Indigenous children and youth from their culture and family while assimilating them into colonial society. Sadly, these announcements are not the first and likely will not be the last. As highlighted in the ECPN Call to Action Regarding the Unmarked Burial Site of the Kamloops Residential School, Indigenous peoples have been calling attention to these grim realities and the government’s ongoing role in denying justice to residential school survivors.

Indigenous peoples were, and continue to be, criminalised and targeted for removal from the land and their communities, but we are all inheritors of a national educational system founded on genocidal practices and participants in resisting and/or perpetuating ongoing processes of colonial indoctrination and violence. That these crimes were committed in the name of education directly implicates those of us working within the institution of education. Making a conscious effort to inform ourselves and do otherwise in practice with children, families, and educators is what Indigenous leaders are asking us to do, along with pressuring governments to take further action in supporting Indigenous peoples’ calls for justice and support for healing. This includes listening to Indigenous peoples in the process of deepening understandings and putting new insights into action within our local contexts in ways that promote possibilities for change. We must resist the habit of historicizing the injustice and abuse experienced by Indigenous children and families. Instead we must work to understand the structures and values that created these institutions, which continue to promote pain and suffering by retooling, replicating and justifying the removal of children from their families, people from their lands, and violating Indigenous rights in contemporary society through foster care and other systems. We have been asking ourselves what's the use of yet another public statement? Any real meaning within this statement will be actualized on the ground in everyday practice with educators, children, families, and within local community contexts, if it is to be realized at all.

Recognizing the risk of contributing to the production of empty declarations, we urge ECPN pedagogists and educators within BC early childhood education communities to respond ;with sensitivity in attempting to honour the wishes and calls to action by Indigenous leaders. People are coming together in unique and meaningful ways across Turtle Island to show support for intergenerational residential 'school' survivors. We ask members of the ECPN community to look for opportunities to do the same while taking our collective responsibility seriously to familiarize ourselves with public testimony, reports, and evidence already available.

With respect and in solidarity, 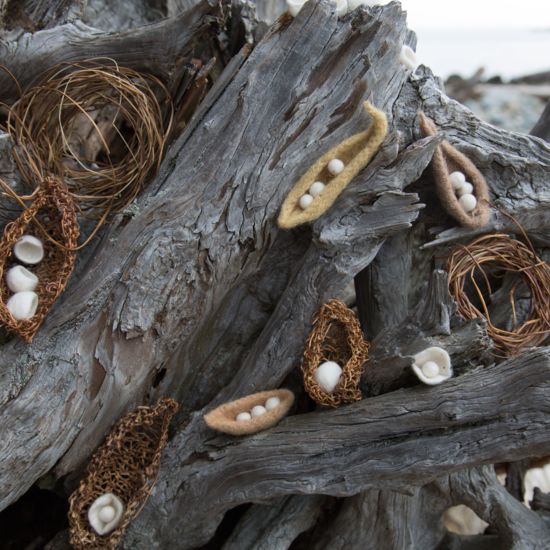